The Double Turnback Drape is not especially new.  We have featured it twice in our #PatternPuzzles and although it's not the most challenging pattern to cut, it is so attractive in its simplicity.

The Twist and Turnback Top and the Twist Jumper

This particular design detail is featured across many fashion ranges and is relatively easy for the enthusiast sewer to interpret, using patterns they already have in their stash.  However its success relies heavily on two important features that we will make the highlight of this weeks post. 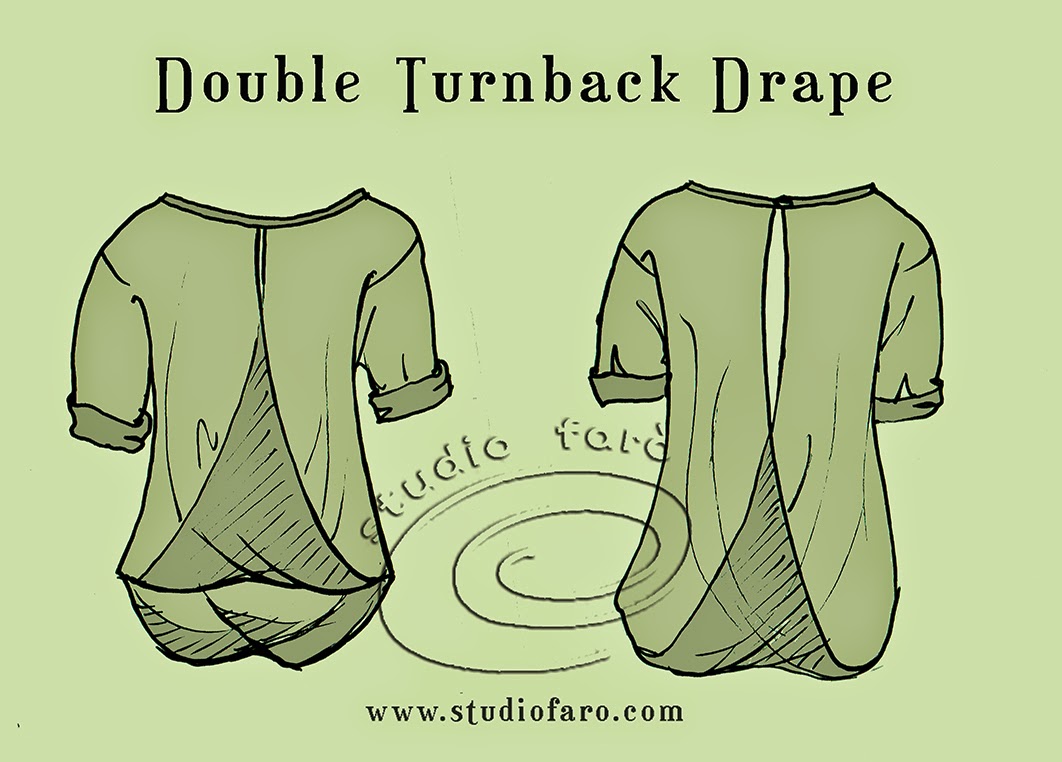 You'll find all the pattern making detail on the website blog.
www.studiofaro.com

ALL THE DETAIL FOR THE FLARE & GATHER DRESS CAN BE FOUND ON THE NEW BLOG. 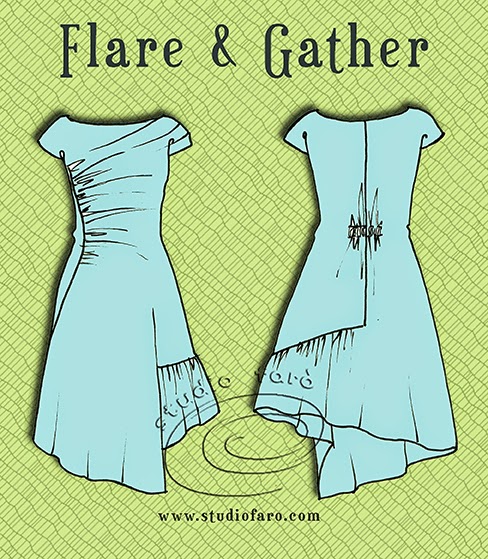 You'll find all the pattern making detail on the website blog.
www.studiofaro.com

Last Saturdays #PatternPuzzle pays homage to Yohji Yamamoto’s SS 2002 collection. Fans made very light work of our pattern pieces and had the puzzle solved by lunch time. Gloria Lucia Sandoval went to all the trouble of printing out the puzzle, cutting and assembling the tiny pieces to make sense of it for everyone. :)
The Draped Peasant Dress has a strong oriental flavour with a Kimono sleeve and a classic but restricted print & colour palette. Inspired by the back view of this Yohji Yamamoto (SS 2002) gown, this kimono styled dress features contrast fabric, a gathered neckline and waistline drape. 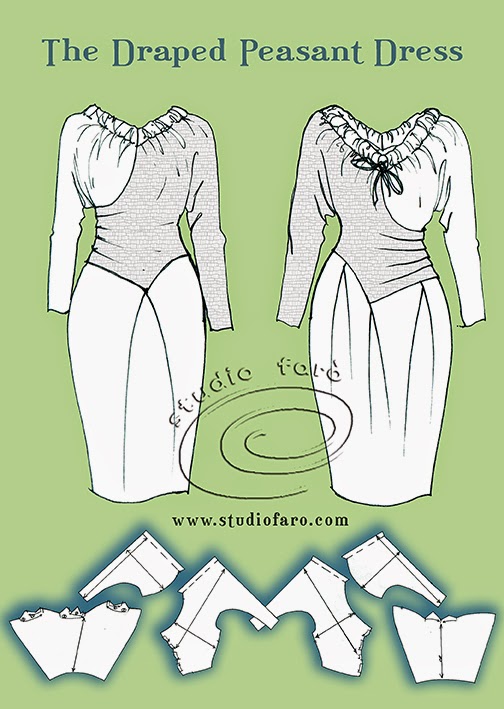 So it's a weird one this week.  Over sixty years old and born of a time that valued efficiency in manufacture over effective use of resources.  Patent #2,454,208, invented by Ruth E Richman in 1946, was filed as:
'An object of the invention is to simplify the manufacture of blouses, coats and similar garments by constructing them from a blank consisting of a single piece of material.' 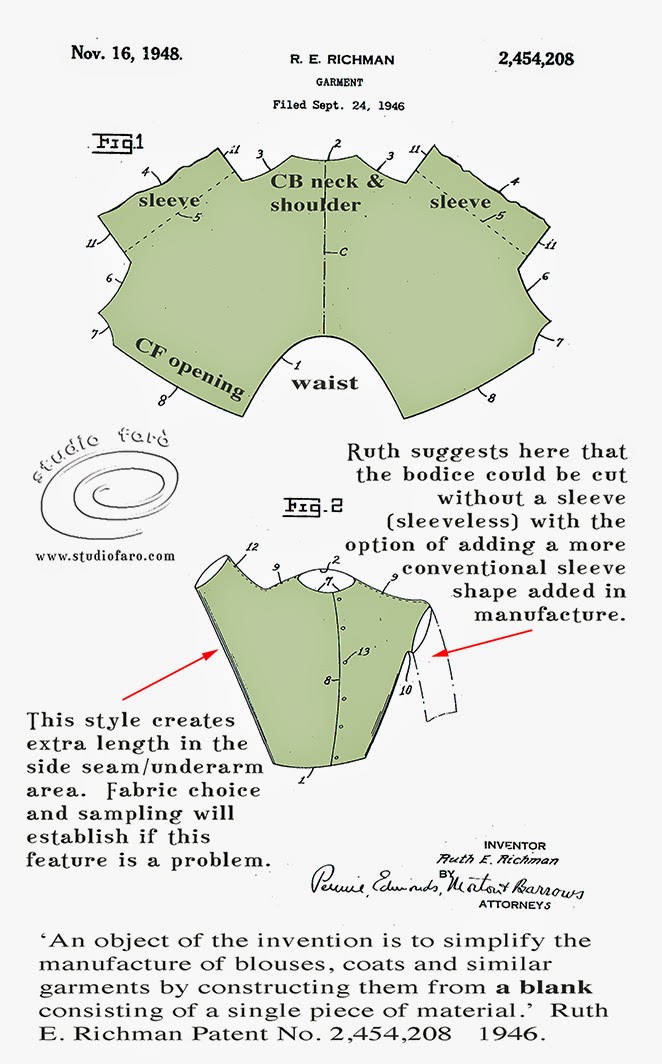 And Ruth was not alone.  We have located at least six different patents, spanning turn of the century to the 1960's, that focused specifically on one-piece patterns that minimised the time spent in manufacture.  We have preciously showcased a The Patent Blouse that similarly features a one-piece pattern with minimal seaming for greater efficiencies in production.  So certainly a popular idea at the time.
You'll find all the pattern making detail on the website blog.
www.studiofaro.com
4 comments:
Email ThisBlogThis!Share to TwitterShare to FacebookShare to Pinterest
Labels: garment patents, introductory patternmaking, kimono knit block, knit block, Pattern Puzzles, SFpatterns, stretch patterns, Vintage Patterns

This weeks #PatternPuzzle is a thing of genius from our regular contributor, Mioara Cretu, gifting us the most baffling#PatternPuzzle of all time last Saturday.  Mioara teaches pattern making at a Romanian university and has a weakness for jersey one-piece patterns!

And for all our fans, you have done a wonderful job this weekend finding the answers to such a challenging puzzle.  Congratulations  :)  Now it's time to confess that I stared blankly at this puzzle for days when it first arrived.  The skirt I was able to work out but it was the twist in the top pattern that had me really confused. 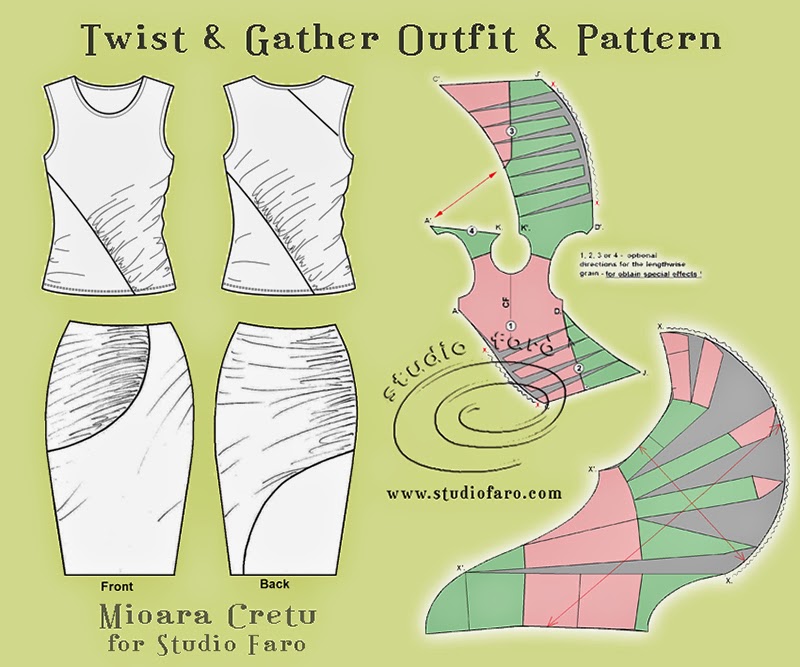 All images, designs, photos and layouts on this blog are created and owned by Anita McAdam© of Studio Faro. They are available for personal use only.

All My Garment Blocks 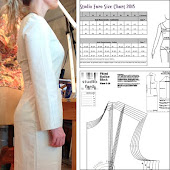 Click through to find PDF downloads of my blocks. 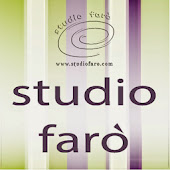 How to Use My Garment Blocks

Making the Most of My Knit Block

My  Knit Block   will make all these Pattern Puzzles: This post has been curated to bring the focus to my garment blocks now available on... 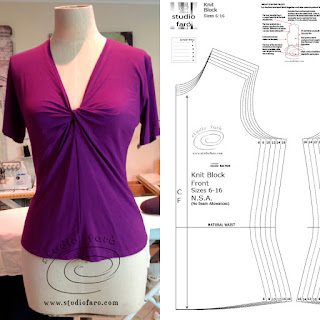